I was born in Northcote, Auckland. Now I live on the Gold Coast of Australia (with all the other Kiwis).

Where did you go to school?

I went to Northcote College in Auckland mostly.

Did you have a nickname?

No. I could lie about this and make one up, who would know? But actually, no.

I was involved in almost everything. I learned a number of different instruments, I was involved in debating, the stage crew and so on and so on. I was like a ‘big deal in this town’. In other words, that geeky, nerdy kid that nobody liked.

What was the most outrageous thing you did there?

I wasn’t a particularly outrageous person. I was too much of a ‘public figure’ for that. But there was this one day …

It was about 4.30 in the afternoon. I had been working with some others of the stage crew setting up the stage for an event. My girlfriend at the time and a couple of her friends came up onto the stage. We put some music on the sound system (probably the Saturday Night Fever soundtrack), and I will neither confirm nor deny that there may have been a little disco dancing going on.

Next minute, the sound cuts off and the principal is standing there, red in the face. We were all hauled into the principal’s office and accused of all sorts of things. None of which were true. (Except the disco dancing.) Editor’s note: Which was probably a crime in itself!

Any one of the Famous Five series by Enid Blyton when I was younger. Dune by Frank Herbert as a teenager. Anything by Alistair MacLean.

Too many foods to mention. Too few colours that I feel deeply attached to, to mention.

I think Enid Blyton was my biggest inspiration. I loved reading her stories so much, that I wanted to become a writer.

I was young. I don’t know how young, but ever since I can remember I wanted to write stories. My first published novel came out of a chance conversation with a friend at a Warriors rugby league game. He asked me what my great passion in life was. I said writing, but I had never written a book. He called me a total loser. I punched him in the nose. (Some parts of this story are true.)

Why does a caterpillar want to be a butterfly? Why do eleven-year-old rugby players want to be All Blacks? Why do birds fall down from the sky … I’m going to stop singing now.

I really don’t know why, it was just always the thing I wanted to do.

I am constantly looking around and saying, What if …? I read newspapers, books, internet articles and I ask myself that question. What if the sky was green? What if paintings were portals to other worlds? What if a fifteen-year-old boy got to see the modern world for the first time? (Hmmm, there might be a book idea in that.)

Yes. Paris. Are you offering?

No, actually I write everywhere. Planes, trains, beaches, my lounge, my back yard, sometimes even in my office!

Everything! (Except the bad things.)

Lots! Am I going to embarrass myself further by revealing them here? I don’t think so, Tim.

I’m usually taking out the rubbish, walking the dog, washing the car. You know. All the stuff that just doesn’t happen by itself while you are writing. Oh, and in the school holidays I run writing camps for young people.

An astronaut. Or a fireman. Or an astronaut-fireman who puts out fires in outer space!

Albert Einstein, I think. He and I would have got on really well. I mean, he’s massively intelligent and … well … opposites attract.

No, I changed my mind. 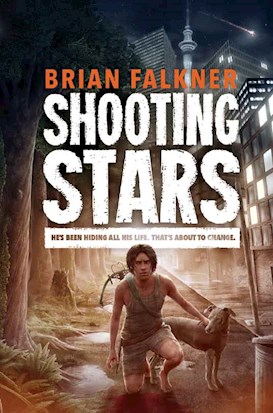