I was born in Tauranga in 1965, grew up in Te Puke and Napier, and spent most of my working life in Wellington. I currently live in Bangkok, Thailand with my wife Kerry, who has just begun a 3­­–4 year posting to the New Zealand Embassy here.

I completed my primary school years at Fairhaven Primary in Te Puke, then Eskdale School, in the Esk Valley, north of Napier. My high school was Napier Boys High School. As for nicknames, my surname is ‘Hair’, so I had a lot of nicknames.

I was a diligent, hard-working student, who enjoyed most subjects, and loved soccer. I wasn’t at all outrageous.

During primary school, The Weirdstone of Brisingamen, by Alan Garner. During high school it was The Lord of the Rings, by J. R. R. Tolkien, which I read every year of my teens.

What is your favourite movie?

Being a huge Tolkien fan I really loved the Lord of the Rings movies that Peter Jackson made – and I was an extra in The Two Towers – but my all-time favourite is actually Almost Famous, a story about a young man starting out as a rock journalist in the 70s. It’s funny, and full of great moments, and I love the music.

No specific writer – I just loved reading, and wanted to try and do it myself.

I was old! Well, 36 to be exact. I’d been meaning to give it a try right through my late 20s and early 30s, but life was too busy. When I finally gave it a go, my first book was rejected, and I got discouraged. But I tried again in 2007 (then aged 42) and it got accepted, and now I’m a full-time writer. So it’s never too late to fulfil a dream!

Because I loved the imaginary worlds that other writers built, and the characters they put in those worlds, and was sure I could do it too.

I don’t know – they just hit me. Having said that, I’m very interested in history, especially Greece and Rome, mythology and travel, and most of my stories are inspired by those things.

No, just whatever is the best room in whichever house I’m living in to write in. Usually we set aside a study for me.

Being your own boss, and getting to do what you’ve always wanted to – to create stories and imaginary worlds.

Sometimes it feels like I’m never not writing. But when that happens I like to run, walk in parks, and be a tourist. And I’ve always got music on.

Well, I worked for 20 years in financial services … but if I could be anything at all, then a professional footballer.

Yikes – there are so many! All sorts of people from the past, but let’s go with Julius Caesar because I studied him at university and it would be good to clear up a couple of things; oh, and David Bowie! 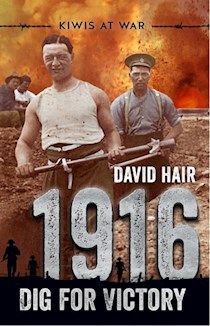