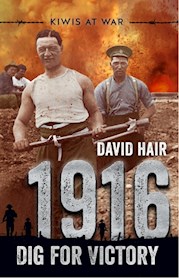 David Hair is a New Zealand fantasy writer, Napier-born, but currently living in Auckland and at times abroad. He spent most of his working life in Wellington, in financial services. He became a fulltime writer after the publication of his first novel, while accompanying his wife Kerry on a posting to India. David has a BA in Classical Studies and History, and a diploma in financial planning. Travel is an important part of his writing and he has lived in India and the UK, and travelled in Asia, Europe and America. 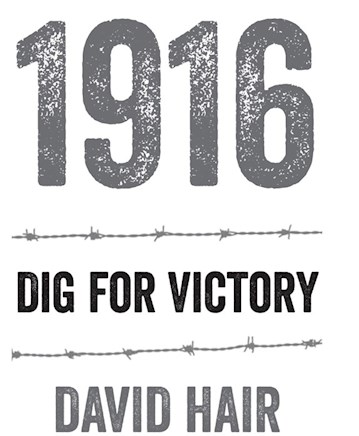 Once they fought against each other for the land, now they fight together to protect it.

This third book in the Kiwis at War series follows Leith, a young Scots-born lad from Otago, who has been fighting in Gallipoli. Much to his disgust, and that of his fellow Otago Mounted Rifles contingent, after the evacuation of Gallipoli they are merged with incoming new Maori contingents to become the ‘Pioneer Battalion’ – building barracks, roads and digging trenches. There is some antagonism between the two factions, and when Leith befriends Tamati, a young Maori lad who has lied about his age to enlist, they are ridiculed from both sides. But as time goes by, and they are all sent to dig trenches at the Somme, a grudging respect for each other is built up amongst the men.

Praise for Kiwis at War

[Kiwis at War]   “One of the interesting features about this series is that, while individually written (and perfectly readable as standalone texts), the five titles will be linked by characters who appear in more than one book. I love the idea of this collaboration amongst the authors, each working on their own story but also finding ways to create connections between them” — Children’s War Books (blog), Philippa Werry